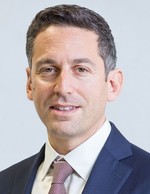 Jonathan Maxwell has served as Chairman and Co-Chief Executive Officer of SDCL EDGE Acquisition Corporation since March 2021. Mr. Maxwell is currently the Chief Executive Officer of SDCL, which he founded. He has 25 years’ experience in international finance, infrastructure and private equity and has overall responsibility for SDCL’s investment activities. Mr. Maxwell is chair of the Investment Committee for SEEIT (SEIT.LN), the first listed investment company of its kind to invest exclusively in the energy efficiency sector. He is also serves as a director of Ireland Energy Efficiency Investments Plc. Mr. Maxwell has advised and invested on behalf of a number of national governments as well as a wide range of institutional investors. Prior to establishing SDCL, Mr. Maxwell was at HSBC Infrastructure and managed the IPO of the HSBC Infrastructure Company Limited, the first main market, London Stock Exchange listed infrastructure investment company, which now has an enterprise value of over £3 billion. Mr. Maxwell has a degree in Modern History from Oxford University. 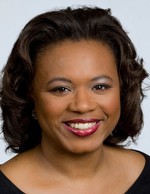 Lolita Jackson, MBE has served on the board of directors of SDCL EDGE Acquisition Corporation since May 2021. Ms. Jackson has been appointed as the Executive Director of Communications and Sustainable Cities at SDCL. Until recently, she served as the Special Advisor of Climate Policy and Programs in the NYC Mayor’s Office. Ms. Jackson was the climate diplomat for NYC, and administered activities with C40 and other global climate and resilience networks, as well as the UN and cities around the world. Ms. Jackson was also part of the team responsible for OneNYC, NYC’s overall resilience plan, and has held numerous positions within the NYC Mayor’s Office over a 15-year period, including Director of External Affairs for the Special Initiative for Rebuilding and Resiliency, which produced NYC’s post-Hurricane Sandy resiliency plan A Stronger, More Resilient New York, Director of External Affairs of the Housing Recovery Office, Director of Special Projects, where she was in charge of operational city agencies for the Second Avenue Subway and Barclays Center projects, and Manhattan Director of Community Affairs. Prior to her career in government, Ms. Jackson worked at Morgan Stanley for 12 years and was Vice President for Morgan Stanley Investment Management responsible for a $10 billion product line. Ms. Jackson is the immediate past Chairman of the Royal Society of Arts US, US Advisory Board Chairman of the British American Project, a Trustee Emerita of the Children’s Aid Society, a Trustee of the National Jazz Museum in Harlem, President of the Penn Class of 1989, and a fellow of the US-Japan Leadership Program. Ms. Jackson is a 2020-21 Visiting Fellow of Penn Perry World House, a globally focused think tank. Ms. Jackson studied Applied Science concentrating in Chemical Engineering and is an alumna of the University of Pennsylvania. 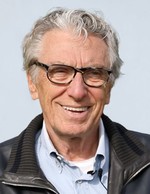 William Kriegel has served on the board of directors of the SDCL EDGE Acquisition Corporation since May 2021. Mr. Kriegel is currently Chairman of the Board of K Road Management, LLC with an outstanding track record of shareholder value creation over a 45 year career. Previously Mr. Kriegel was Chairman of the Board of Sithe Energies, a company he founded. Mr. Kriegel was also a co-founder of the National Independent Energy Producers (the “NIEP”), a Washington, D.C. based entity established to represent the independent power producing industry. Mr. Kriegel has served in various leadership and board positions at several energy water and waste management companies, including Aqua Alliance, Vivendi North America and Montenay International. He also serves on the Local Executive Board at the University of Montana-Western and is a board member of The University of Montana Western Foundation. 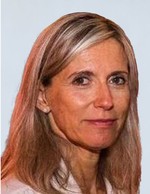 Ana Maria Machado Fernandes has served on the board of directors of the SDCL EDGE Acquisition Corporation since May 2021. Mrs. Fernandes is currently a Director at BCI – Banco Comercial e de Investimentos (Mz). Previously, Mrs. Fernandes was a Director at Caixa Geral de Depósitos, the largest Portuguese bank. Mrs. Fernandes served on the board of directors for EDP Energias de Portugal Sa (2006-2012) and GALP Energia (Oil & Gas) (2000-2006) and was executive CEO of EDP Renewables (2007-2012) and GALP Power, a subsidiary of GALP Energia for developing projects related to wind, cogeneration and one of the first CCGT’s in Portugal (2004-2006). From 1998 until 2000, Mrs. Fernandes was a business strategy and portfolio senior manager for Gas de Portugal. Mrs. Fernandes was also a board member of several companies of Banco de Fomento e Exterior, and, after it was acquired by Banco Português de Investimento, she assumed responsibilities at the corporate finance department as leader of an investment banking team and director of the bank (1995-1998). From 1989 until 1994 she was a senior financial analyst and director at Efisa – Sociedade de Investimento, S.A., the Portuguese arm of SG Warburg, later Banco Efisa. Mrs. Fernandes is a member of the Advisory Board of the Science and Technology Faculty of Universidade Nova de Lisboa (appointed 2018) and a past Director of COTEC (2008-2011), an innovation body sponsored by the Portuguese Presidency. Mrs. Fernandes holds a degree in economics and a post-graduate degree in international finance both from the economy faculty at Universidade do Porto. She has an MBA from Universidade do Porto/Universidade Nova de Lisboa. 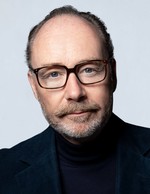 Michael Naylor has served on the board of directors of the SDCL EDGE Acquisition Corporation since May 2021. Mr. Naylor is Chairman of the Board of Jupiter Green Investment Trust plc, a company listed on the Main Market of the London Stock Exchange and recognized as one of the UK’s leading sustainability investing companies. Mr. Naylor has served on the board of Jupiter Green Investment Trust plc since 2008. He sat as Chairman of Audit Committee from 2012 thru 2015 and was appointed Chairman of the Board in September 2015. Mr. Naylor is a board member of Sun New Energy Holdings Limited (2019). He is a Member of K Road Mobility LLC (2019) and K Road Technology LLC (2020). His Advisory Board appointments include private equity firm XPV Water Partners LLC based in Toronto (since 2008) and Sylvera Limited based in London. (2021). From 2013 thru 2020 Mr. Naylor was senior advisor to the London Private Equity Firm Actis where he is also a member of the Partnership Co-Investment Vehicle of funds AE3 and AE4. From 2011 thru 2019 Mr. Naylor was Chairman of the Advisory Board of Greentech Capital LLC (today Nomura Greentech). Mr. Naylor is Chairman of Climate Practice of executive search firm True Search. Mr. Naylor was appointed a board member of The Cambridge Institute of Sustainability Leadership in 2013. The Institute is part of the University of Cambridge within the School of Technology. Mr. Naylor is a graduate of the Institute’s Management Programme.

Mr. Olsoni has more than 30 years of international energy sector experience. He currently serves as independent director of Canadian Solar (NASDAQ: CSIQ), where he is a member of the Audit Committee and Chair of the Sustainability Committee. Besides that, he is currently an Operating Partner with Quinbrook Infrastructure Partners, an infrastructure fund manager investing in clean energy infrastructure in the United States, the United Kingdom and Australia. He is also a Partner with the kRoad group of companies which invests in battery storage, waste transformation and e-mobility. He previously served as Managing Director of the Clean Energy and Infrastructure team at Capital Dynamics where he and his partners raised and invested approximately $1 billion in clean energy infrastructure projects. Mr. Olsoni was formerly Chief Financial Officer and Senior Vice President of PPM Energy Inc. (now Iberdrola Renewables/Avangrid), a US-based energy company, and Chief Financial Officer of Koch Materials, Inc., a unit of the Koch Industries, Inc. Before that, he spent 16 years with the Southern Company where he was part of the original management team that built the Southern Company's independent power and merchant energy business (Southern Energy, Inc., later Mirant, Inc. and NRG Energy, Inc.) into one of the largest independent power producers in the world. Mr. Olsoni holds a Bachelor of Arts degree in Economics from George Washington University and an MBA from the College of William and Mary.